SIRENE MENTIONED IN A PUBBLICATION OF CAMBRIDGE SCHOLARS PUBBLISHING

THE PROJECT: A creation for body, sound and voices

Since I have taken part in many projects involving refugees and migrants, and I’m particularly interested in this topic for personal reasons, I decided to look into the condition of those who are “stranded”, trapped, physically lost in their journey or held back by their resistance, and I brought their voice on stage.

The Mermaid is a body divided into two parts, a half-woman creature, suspended between two worlds, someone who never feels at home. Two different wills, to put down roots and to fly, two different weights, two different qualities. It is me. It is “the others”. It is the present. Stories from far away.

Playing on an ambiguity built on memories, suggestions, symbols, rituals.

It’s a polysemantic show, in its expressive codes and levels of interpretation. Therefore, it addresses a diverse audience, it hypnotizes children and gives adults something to reflect on – but, above all, it’s open to multiculturalism. It’s a personal yet not self-referential show, the story of an exodus, it alludes to the Mare Nostrum, which “blossoms” with bodies. In a broad sense, it narrates a human condition every one of us can recognize themselves in.

A show presented at Music as well as Dance festivals, I had the honor to be invited to perform at the 9th international conference held by SIETAR, focused on the subject “Multicultural Identities”.

This is my third creation as an author and, by now, my poetics has become a combination of different languages that I define as musical dance/visual music – an expressive form where the movement produces sounds, a percussive dance, creating its own music, that employs also deeply symbolic and evocative elements. A powerful and heavily iconic dance like Hip hop, combines with the ancient technique of Body percussion, original and traditional rhythmic compositions, ritual gestures.

“The first generation rips off, the second one forgets, the third one restores” . 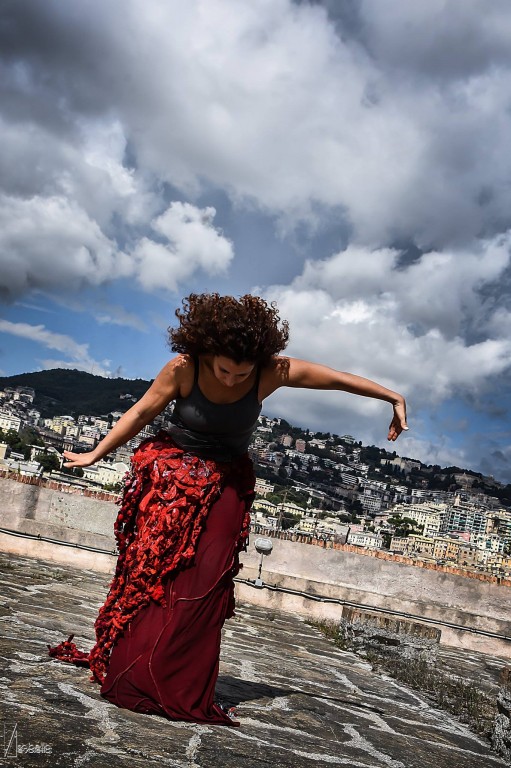 A net red as blood. Carnage.

I try to put bonds together, the family.

Keep all parts together. Reap the rewards. A feverish activity.

Spit out from the sea like a wreck. A mythological shadow.

A mermaid’s tail, heavy, covered with keys like parasites and crustaceans.

Aground. They resonate like chains and make me sink

But they are my resources, and I do not know which one is the right one to walk out,

A split body, half travelling and half stuck in oblivion. 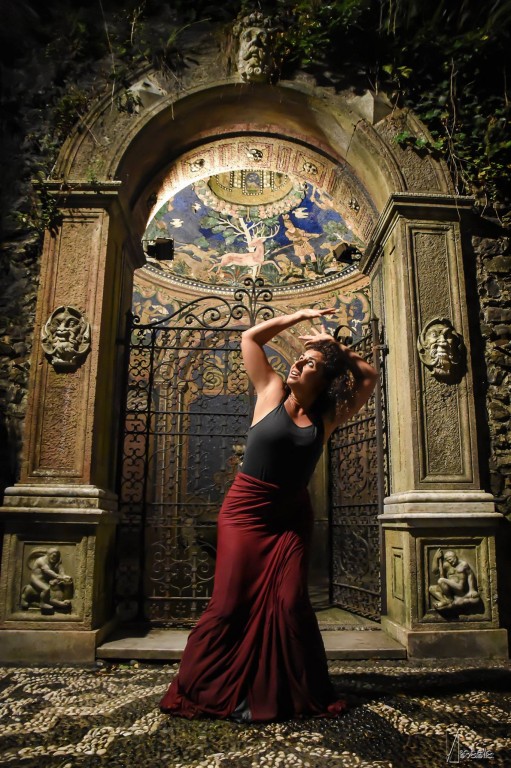 Extract from “Bilal – To travel, Work and Die as Migrant Worker” by F. Gatti

STRANDED means to be aground, to be left without means of transport, to be left in difficulties. STRAND means river bank, shore. But in this young people’s eyes you won’t find the relief that any castaway feels when land approaches. You’ll find the image of a mind that, even when finally on land, is still reeling among the waves. Their eyes show the most dark of the abysses. The dust on their clothes, on their hair, on their hands tells you that they are sinking more and more deeply (…)
All of a sudden, on an unexpected day, your mind separates from your body. Your mind wants to go. Your body remains stranded. And slowly, day in day out, the dust takes over your life, covers your eyelashes and eyebrows, makes your throat dry. Here, look at their faces, from close. The real tragedy is that no-one will ever tell them they are heroes. No one will recognize that such an ultimate action is comparable only to the effort of giving birth. If they will arrive alive in Europe, they will be called “desperate”. Even though they are the only few people remaining in the world who are still brave enough to play with their lives full of hope.

The musical costume is a co-protagonist, it’s a mask, it’s the tool through which characters and musical landscapes can come to life.

Red, like the color of roots and family, red like the blood our sea is now soaked with. A strange coral, a carapace. Powerful and dramatic.

“Clothes (…) become a fetish, a channel to convey stories, they set changes in motion, they talk to the people who wear them, they reveal what’s not visible, they enable you to break cultural and geographical boundaries. The body, empowered by clothes, charms and decorations, embodies invisible and magical forces, becoming a powerful object itself.

Thanks to the language of contemporary dance, which reflects globalizations from rituals to hip hop the performer becomes a multicultural identity herself. She can be compared to a museum object – it holds manual skills, knowledge and indigenous techniques, it becomes powerful in the process of coming into being and not only for the ultimate aesthetic result.” M.C.De Palma, anthropologist and director of Museo delle Culture del Mondo (Museum of World Cultures) 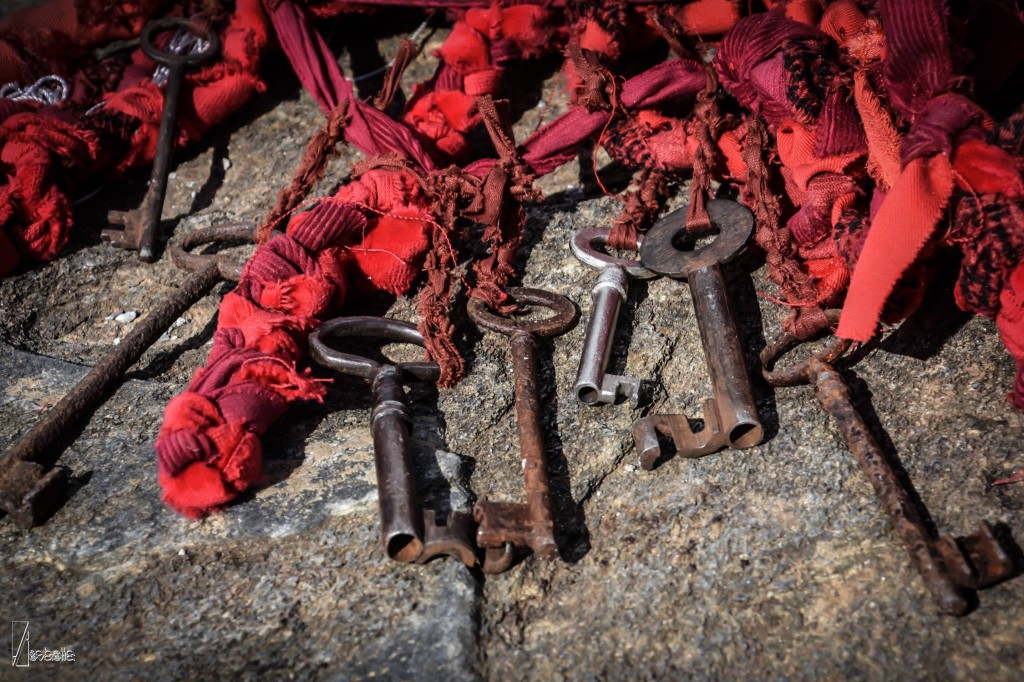 Winner of the selection InSincronia

5 May 2017 IX Meeting SIETAR “Multicultural Identity: the meaning and the value to belong to the global world” (Milano, Italy)

WATCH THE VIDEO MAKING OF 1°PART

– Fondazione Devlata for their spaces, their hospitality and their heart

– Centro culturale Mojud for their spaces

– Spazio Baobab for the creation support 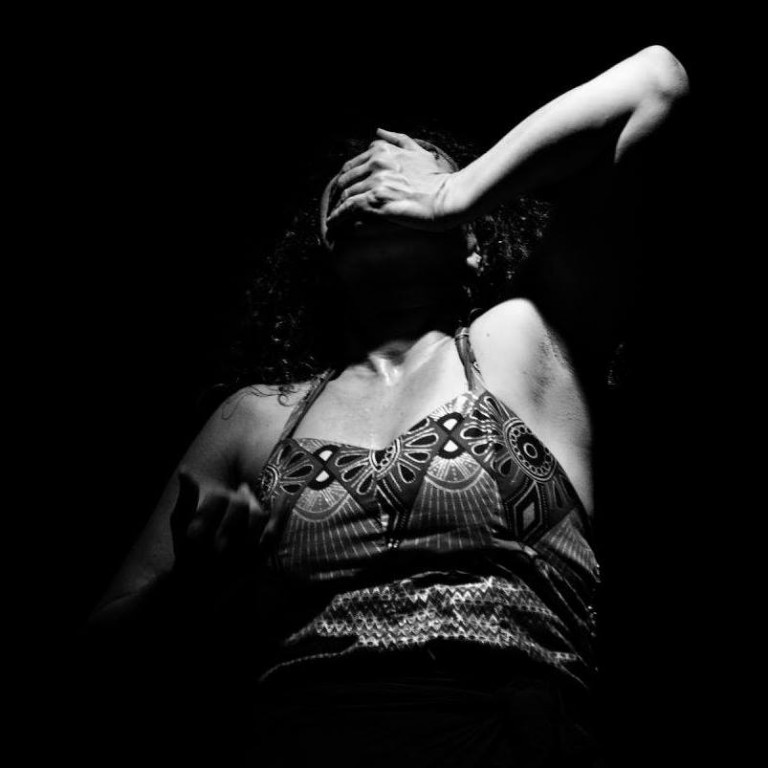 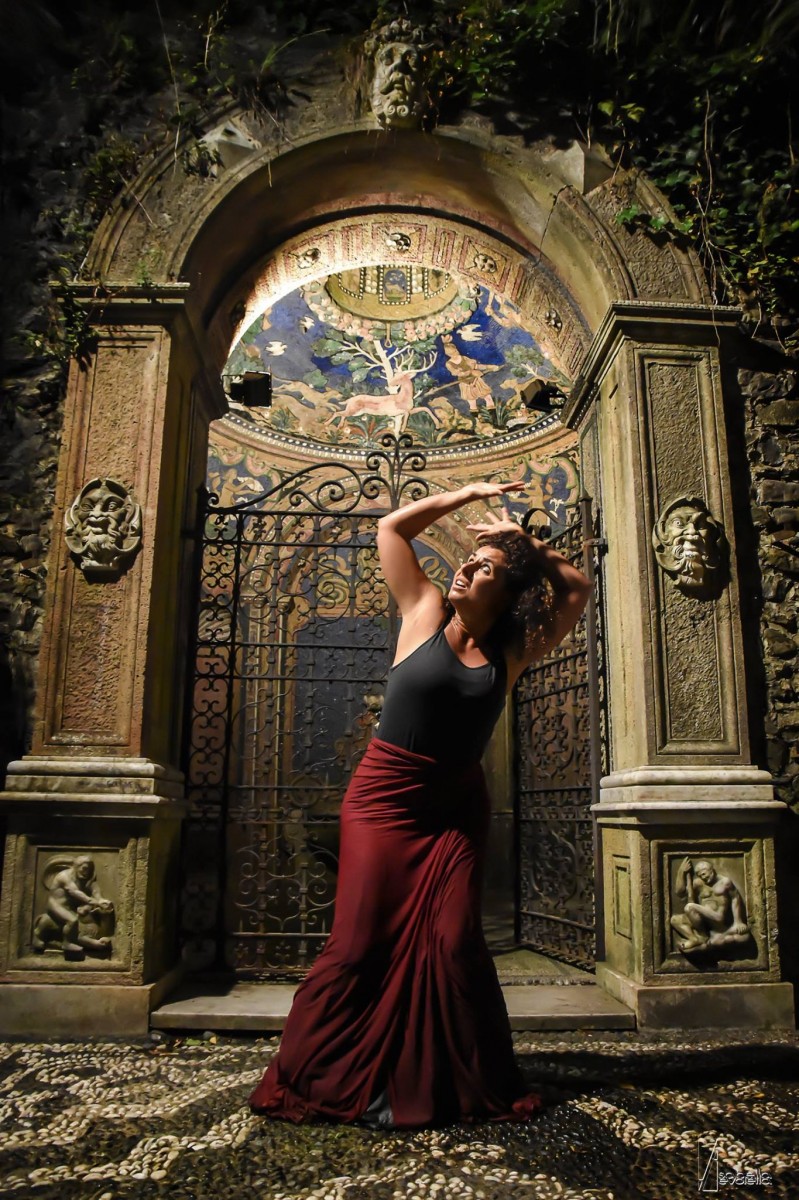 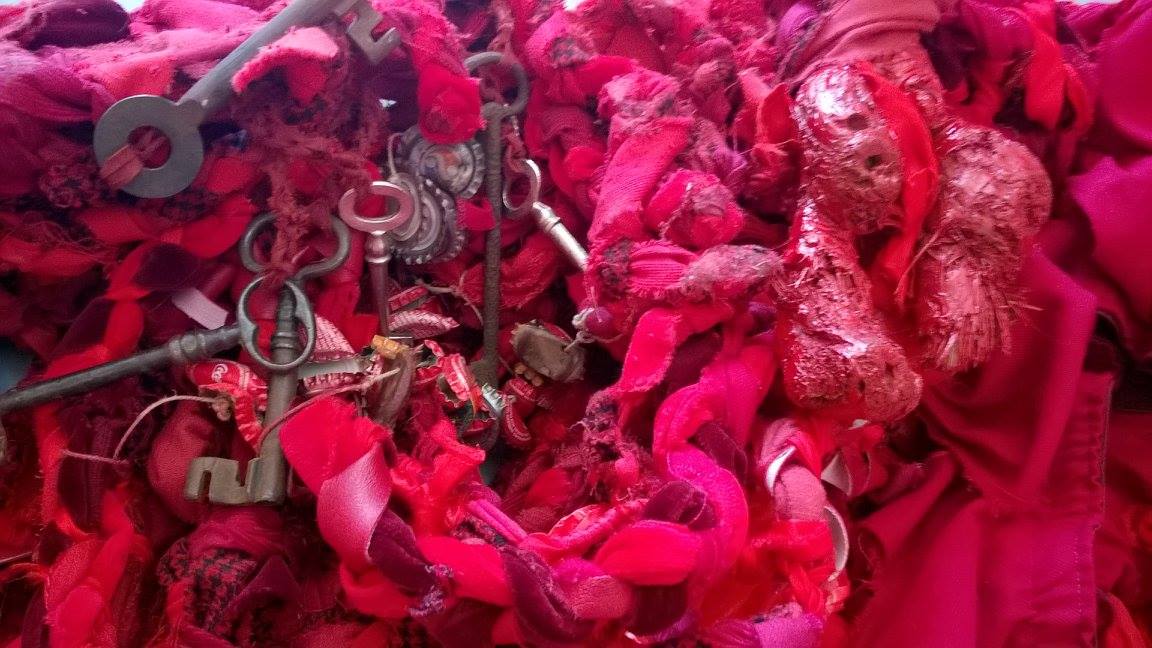 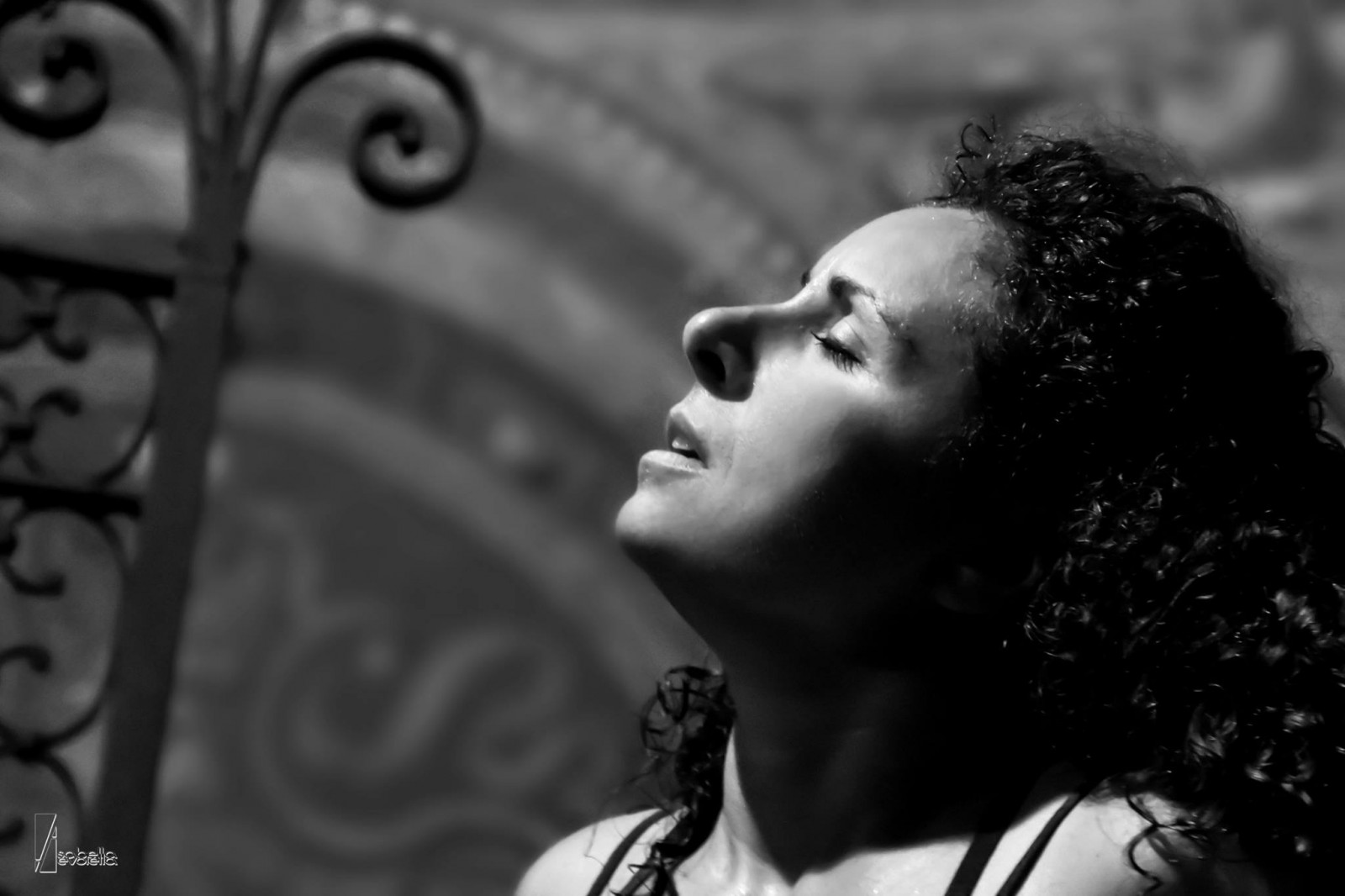 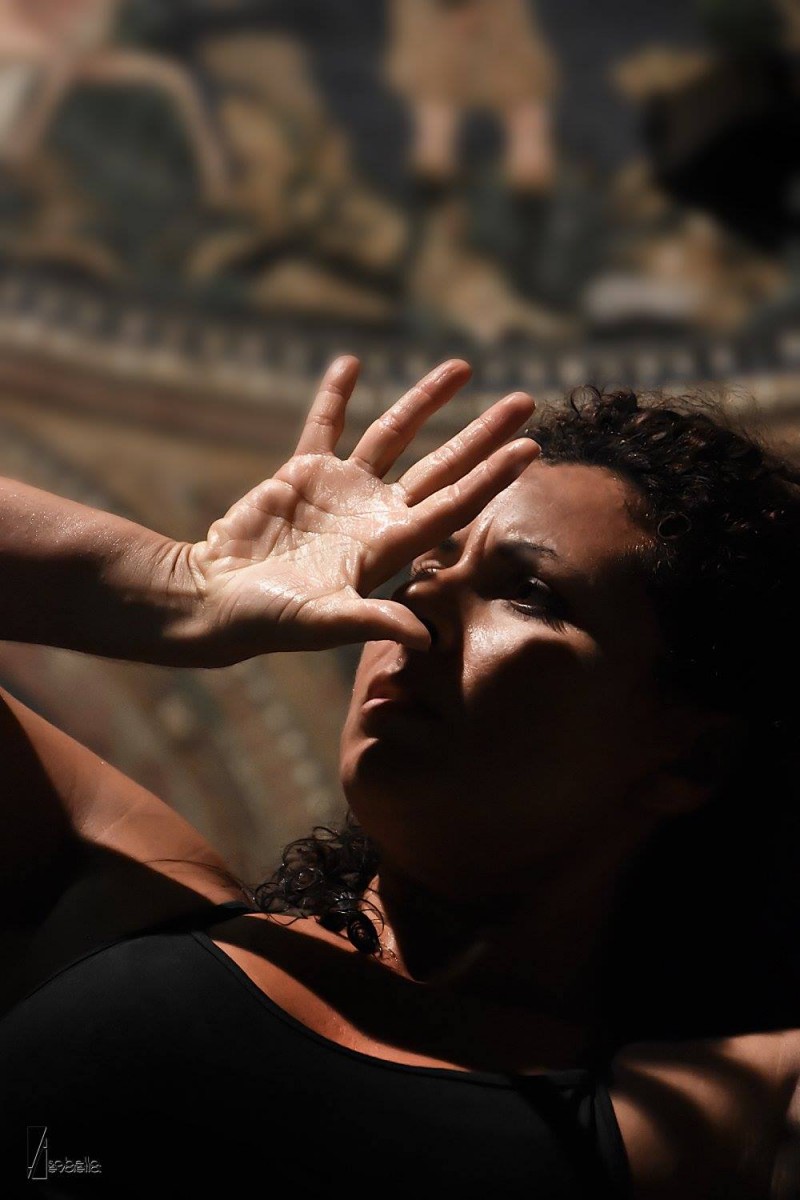 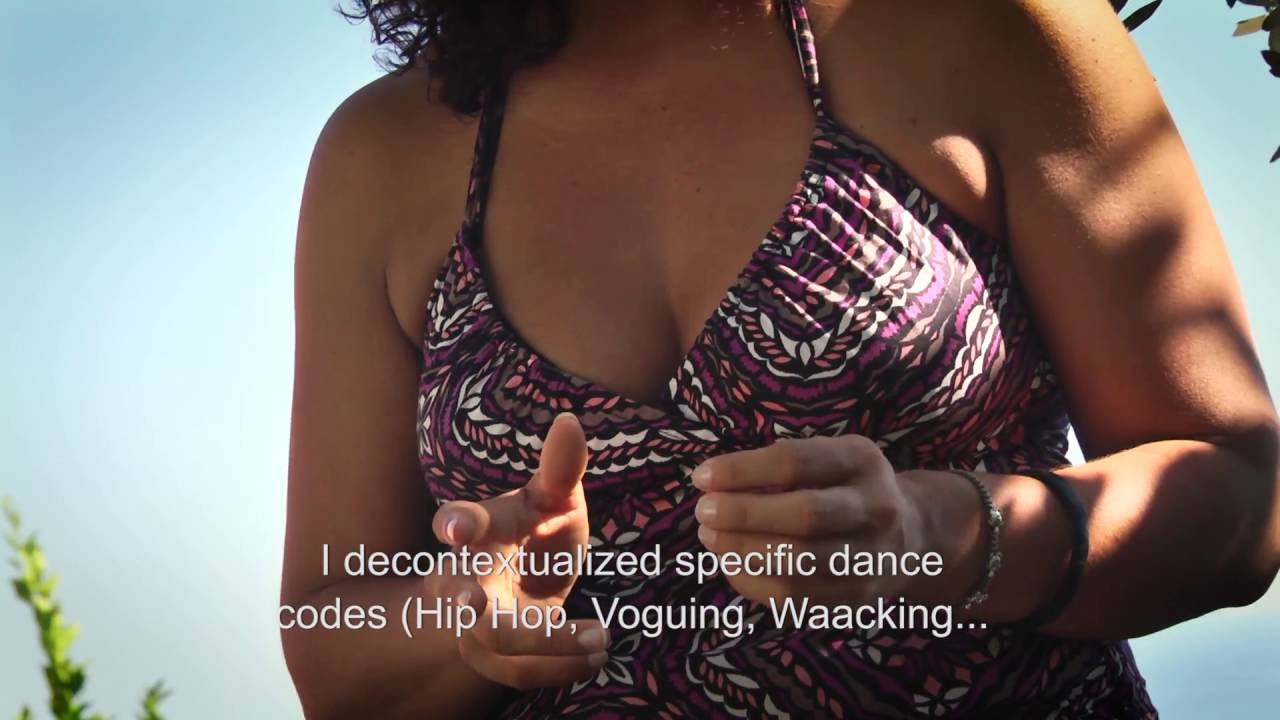 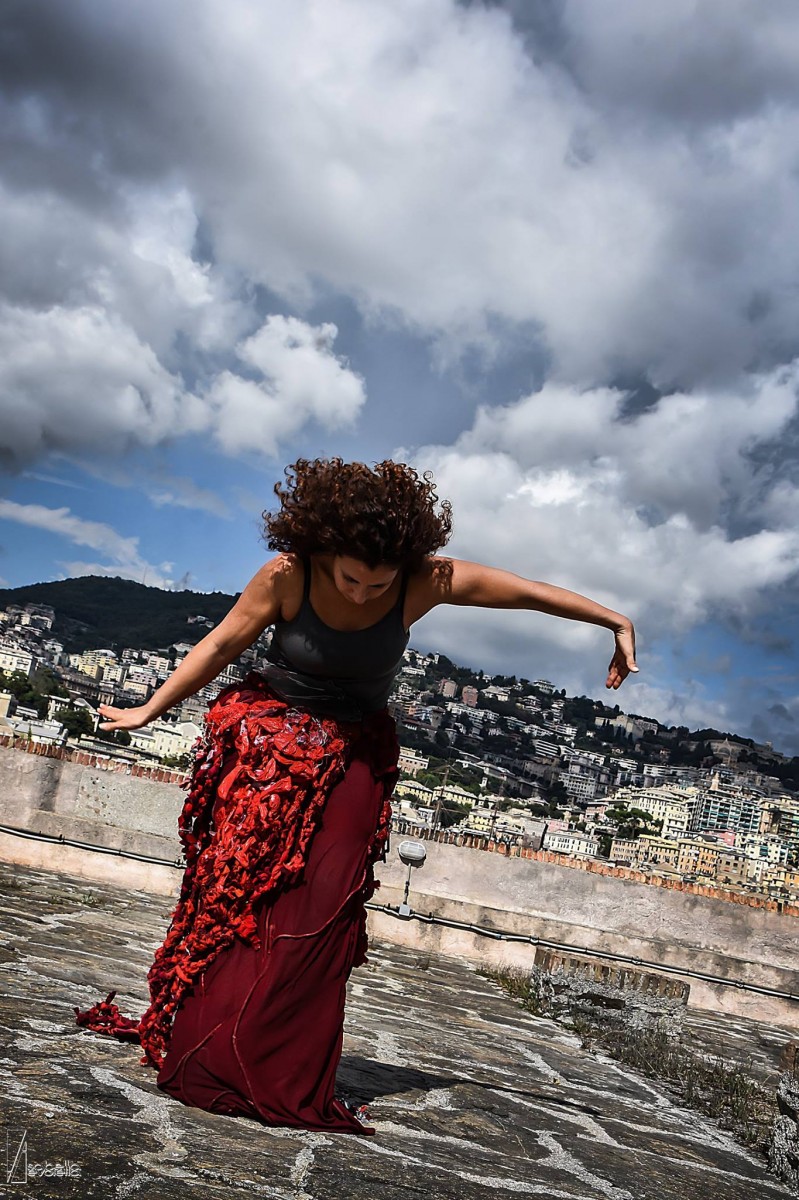 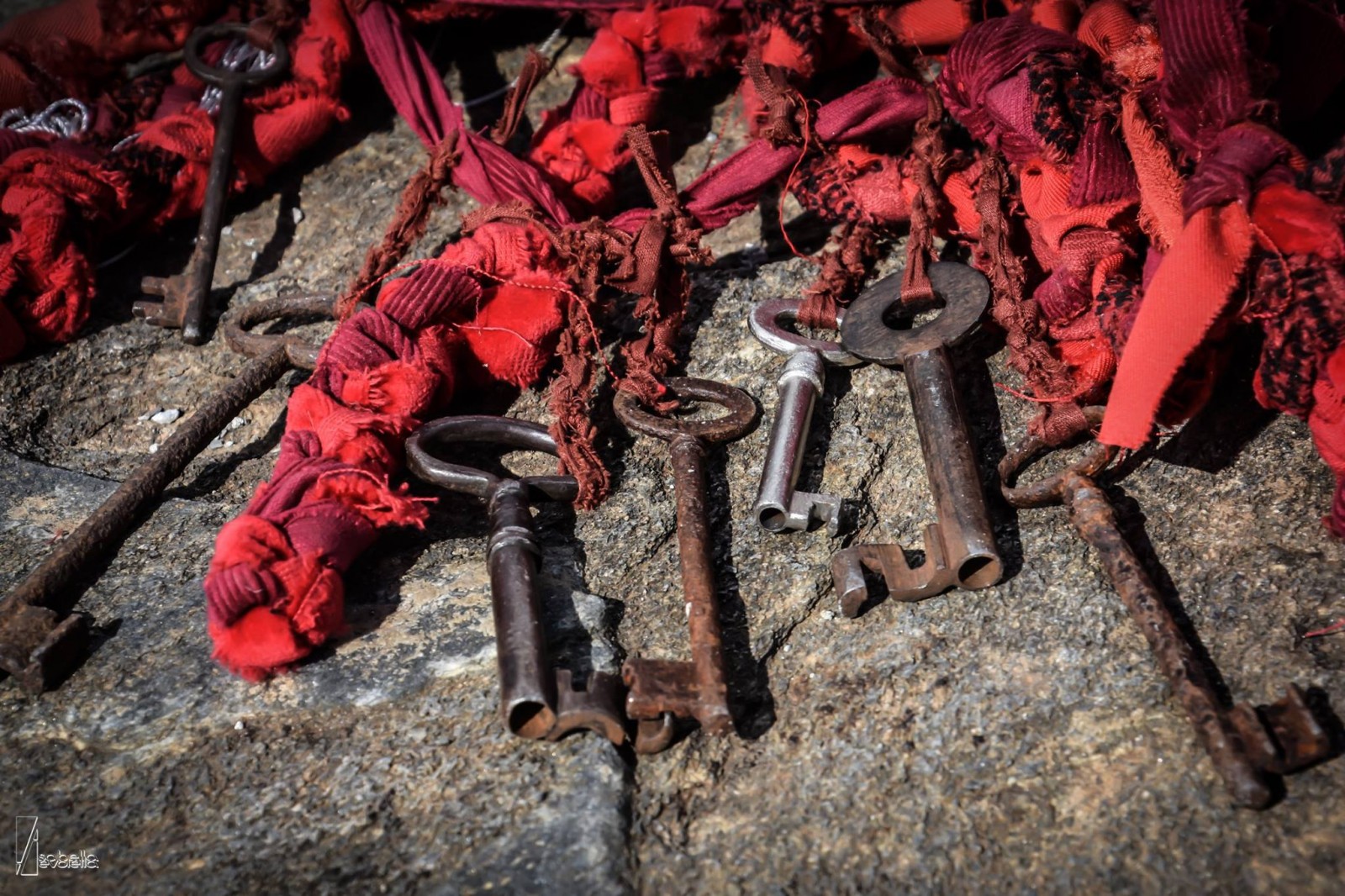 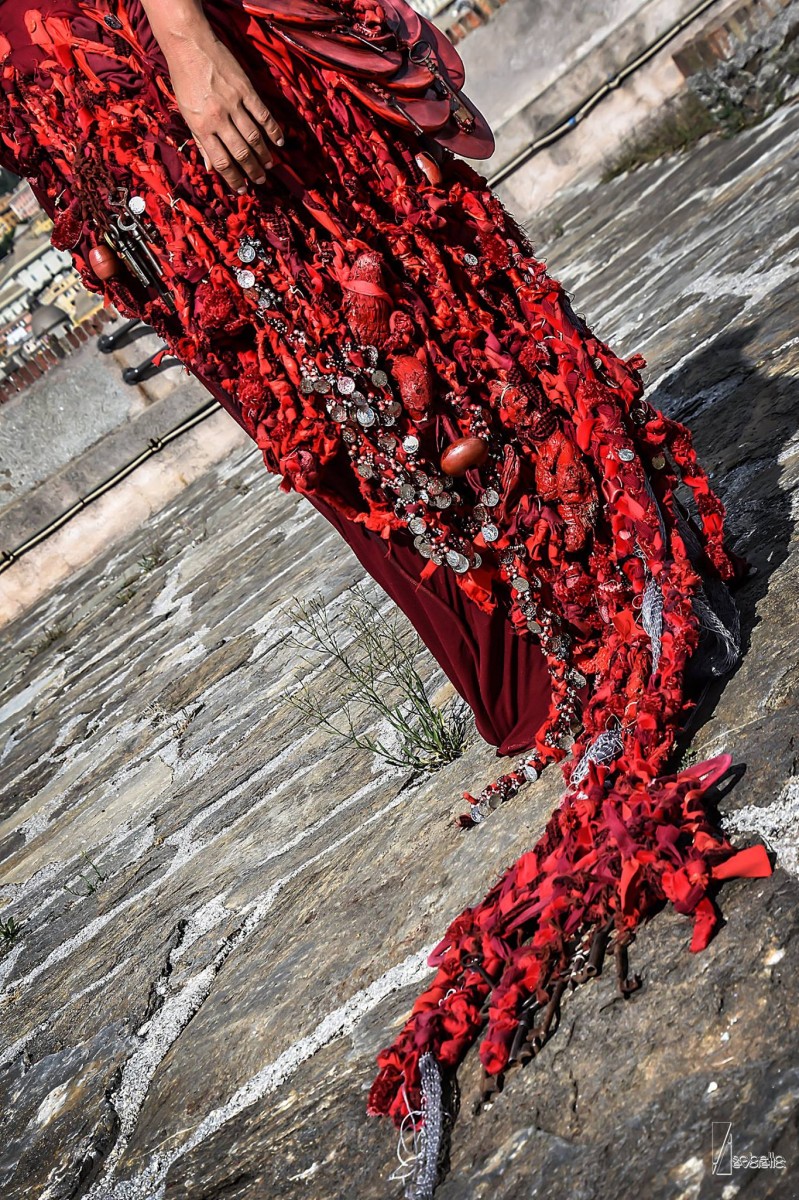 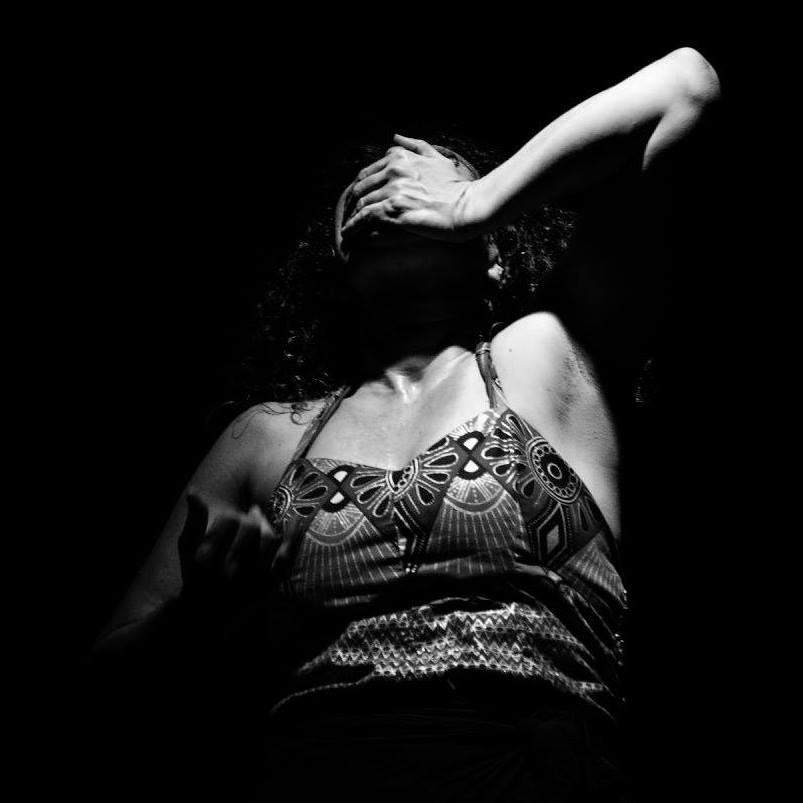 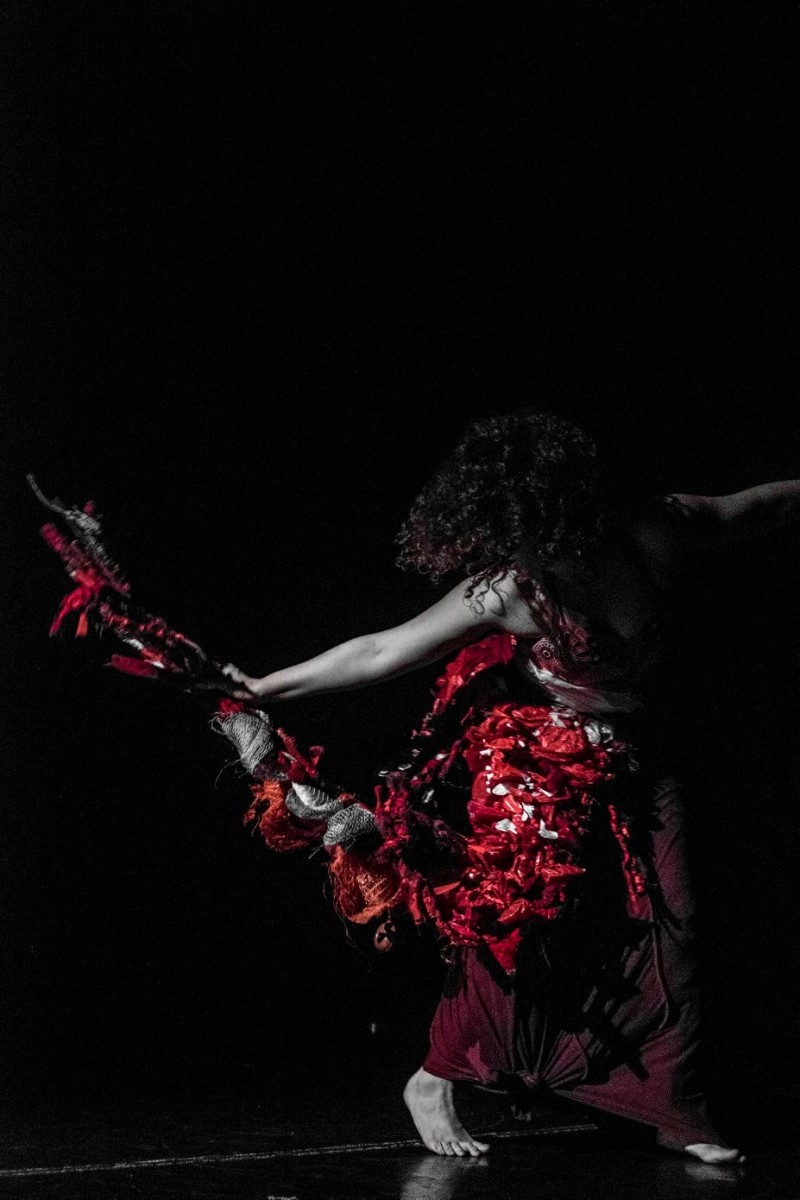 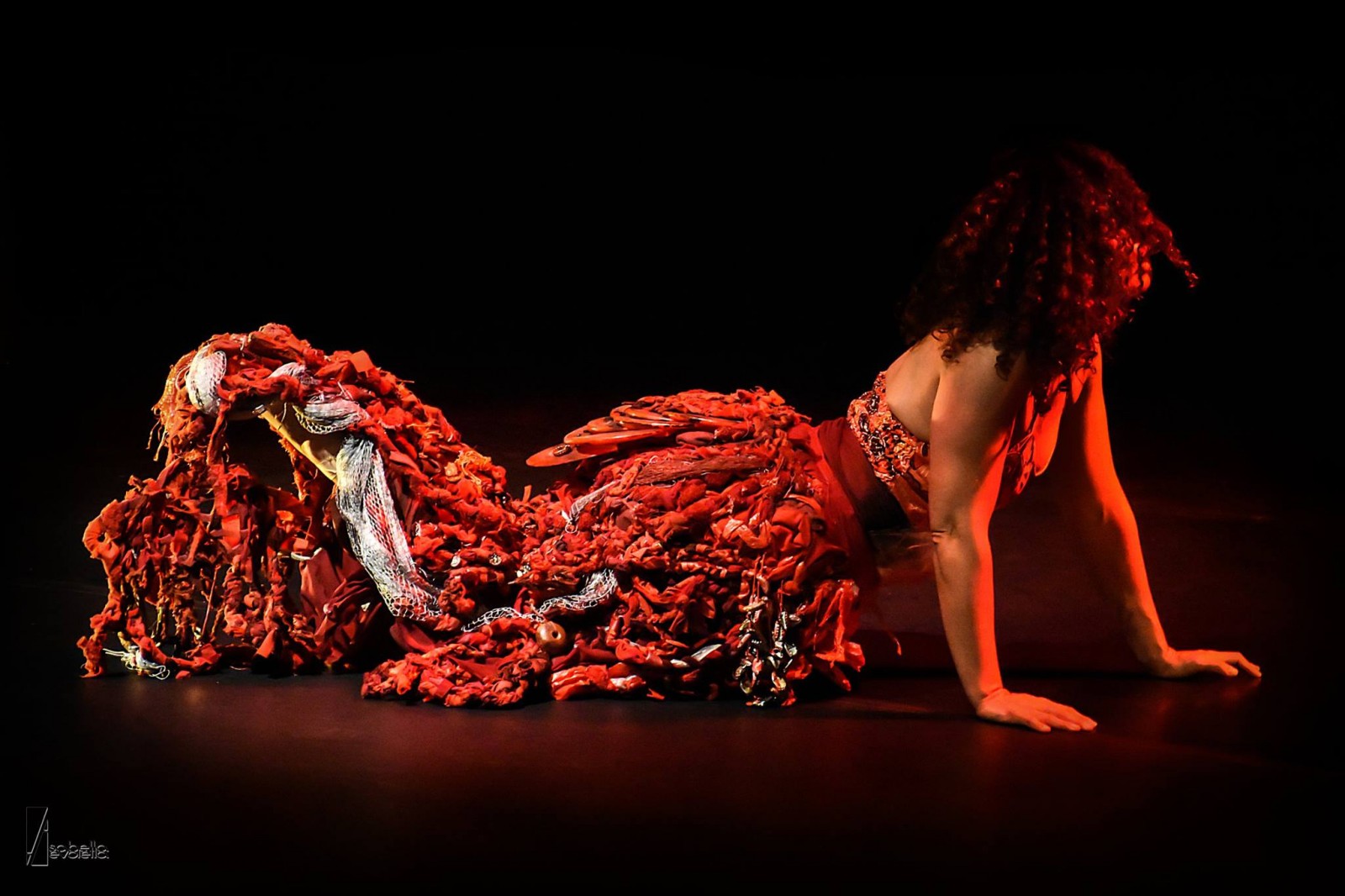 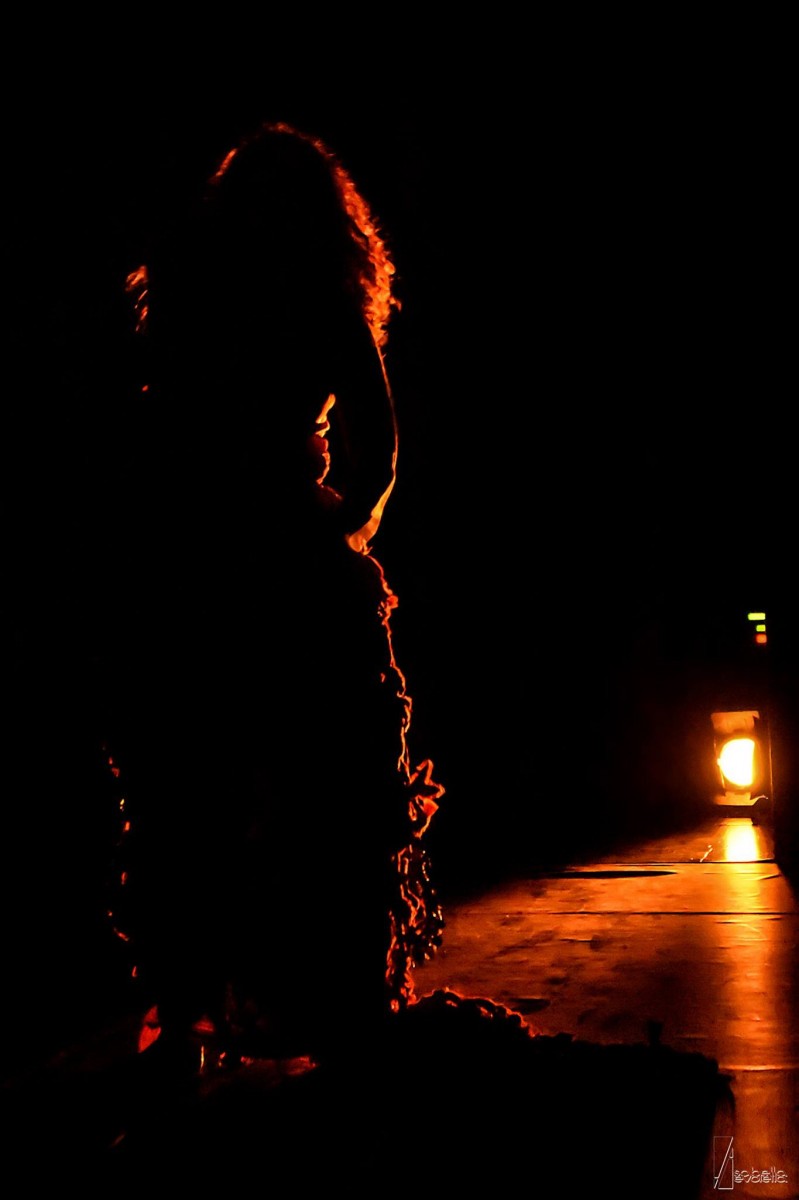