Since longtime fascinated by water for its sonorities and its infinite imaginary, I got involved in several site-specific performances where I had the possibility to explore my interest and my relationship with the surrounding environments: on the seashore, on the banks of a river, nearby a fountain, etc. Over time, from simple scenic element and potential spatial-dynamic limit, to me water has become that evocative sound element that co-stars a rhythmic and narrative dialogue

I am looking for an interdisciplinary, new approach to the choreographic where choreography and sound do not emerge as single artistic actions, but indistinctively together. A dance set to music, a sound creating movement, with the body or with musical instruments, because rhythm is in every form, because every material is melodious. Particular attention goes to the gestures of the dance, of the percussion, as well as the sound atmosphere that I create: always consistent with the status and the color of each part.
Sound – Movement – Gesture – Storytelling for me are closely related and in synergy.

A dialogue between a body and the water.
Daily gestures, sacred gestures.
The discovery, a ritual.
Mirror, window on another dimension.
Ancestral memories that appear to explain the present and trace the path. 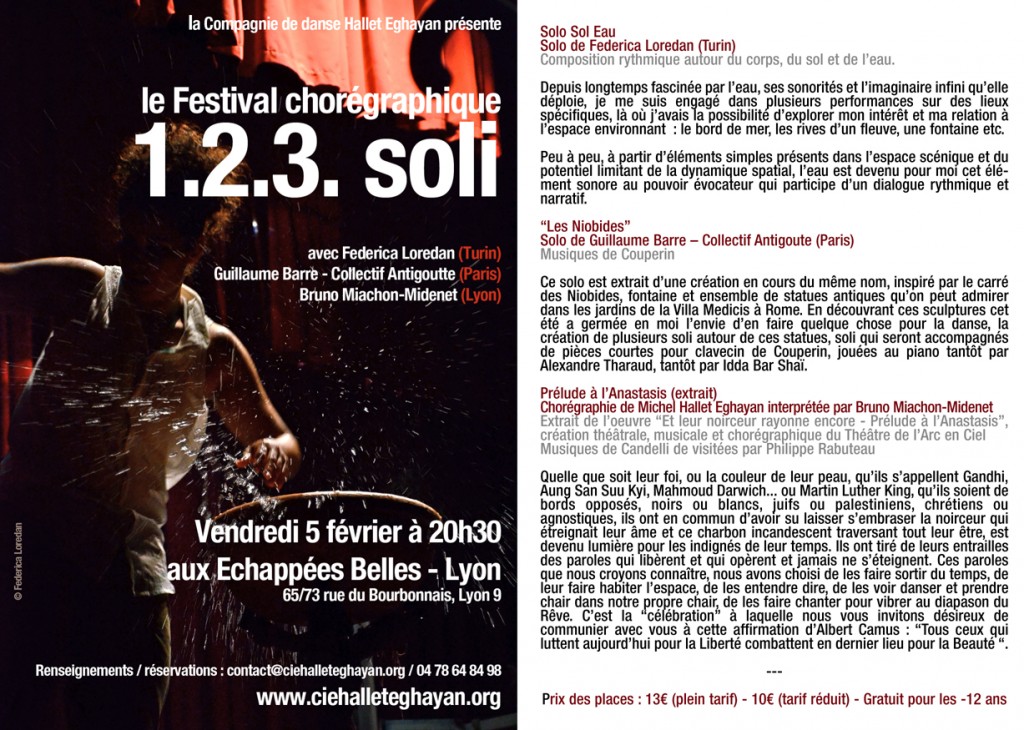 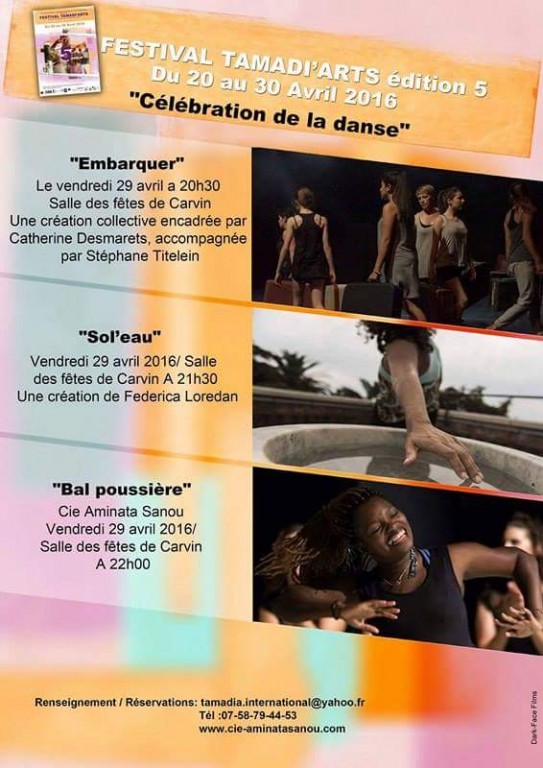 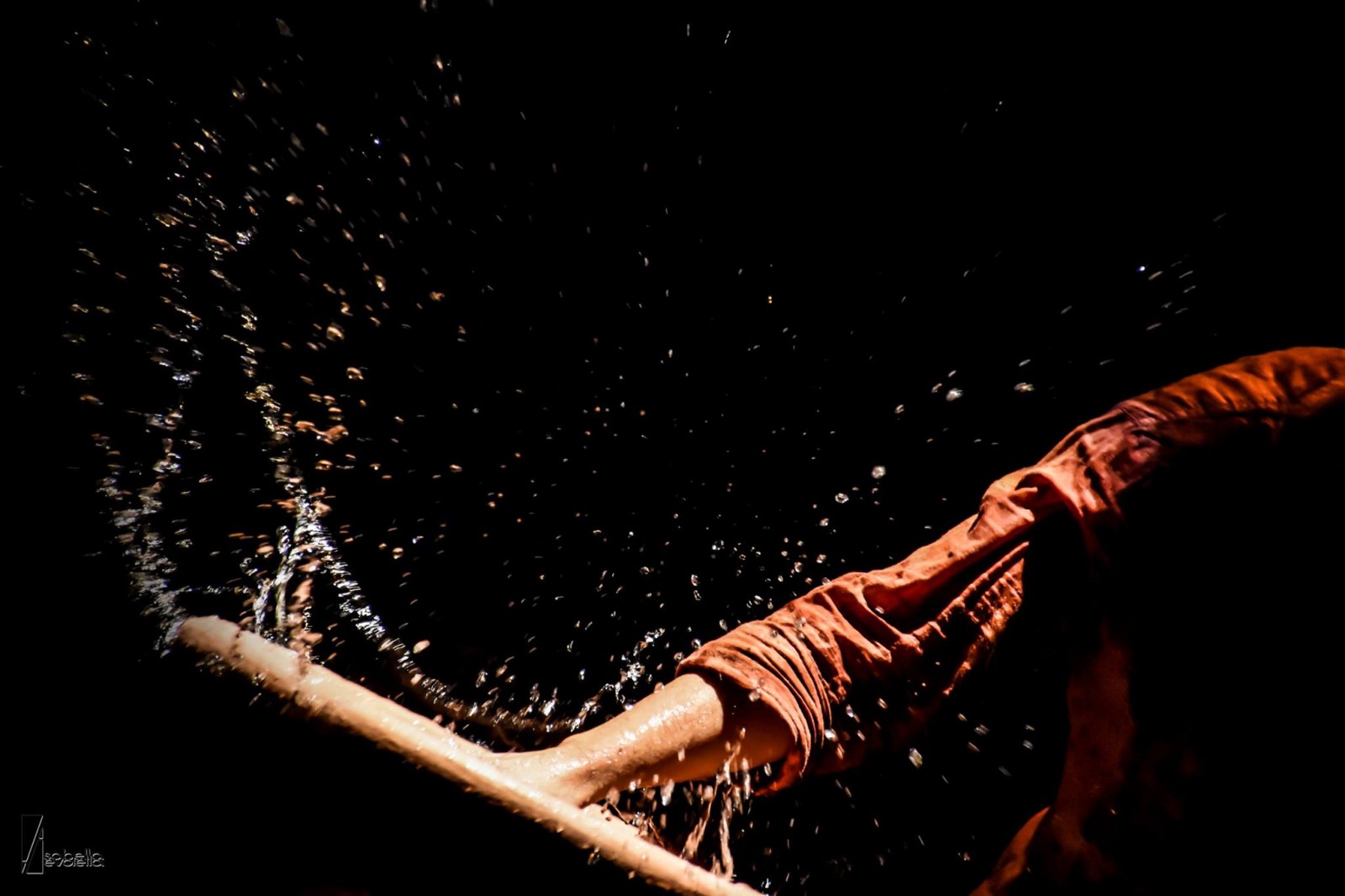 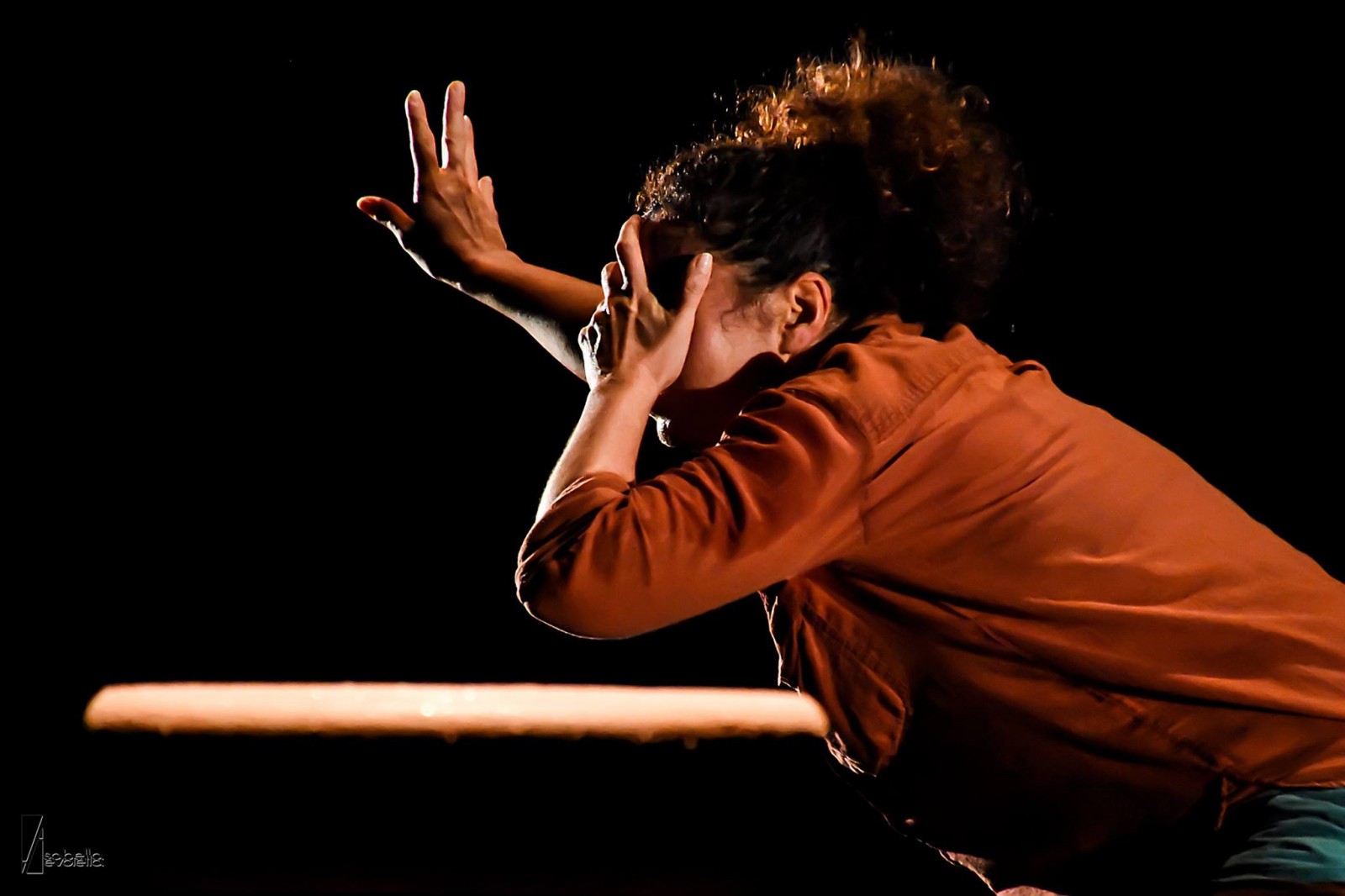